All manner of exciting things have been happening in Whimsy Wood over the past week or so. There was the grand clear-up in Whimsy Wood, following the rather extravagant New Year’s Eve party thrown by ‘Bromley Badger’! As you will probably know, Bromley is Whimsy Wood’s party-animal! Whenever he appears in Whimsy Wood, he’s usually going to or coming home from a party of some sort and he’s normally got a party balloon tied about himself and a party hat askew on his head!

Then ‘Twelfth Night’ arrived, perhaps too quickly for some unprepared woodland folk and it was quite a dash and a scrabble to ensure everyone had taken their Christmas decorations down and tidied things away in Whimsy Wood, before January the 6th was over! In fact, Fearne Fairy’s ‘Great Aunt Flora’ and Posie Pixie’s ‘Nanny Pip’ came and lent a hand or two, as there were so many decorations to put away! 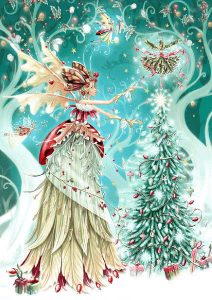 Fearne Fairy gets some help from Great Aunt Flora in taking the Christmas decorations down!

‘Mrs Spottisdowne the sparrow’ had got completely carried away this Christmas and had sewn garland upon garland of holly and ivy sprigs. These had been strung up amongst the oak and ash trees in Whimsy Wood and Fearne Fairy had applied a special wintry spell, which ensured they glistened and glimmered as though they were permanently touched by frost. The effect was stunning. Nevertheless, it took a fair amount of time taking them down again! 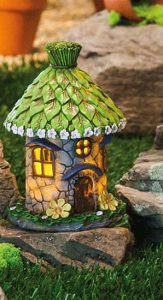 Needless to say that the woodland folk are worn out now by their New Year and Twelfth Night shenanigans! So much so that most of them have decided to choose ‘going to bed early’ as their New Year’s resolutions! ‘Finlay Fairy’ is already tucked up cosy and warm in his bed tonight, having had an acorn cup of steaming hot snowberry juice and read a fairy story before going to sleep!

On that note, I shall bid you farewell and wish you a wonderfully whimsical weekend. 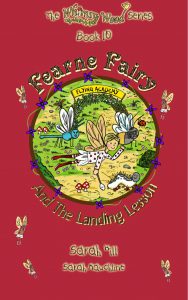